How to configure Security: Groups

Let’s say that the Director, Direct Sales does want to allow her team to have access not only to her records but also access to records owned by the Eastern Sales Team and the Western Sales Team. First you would create a Public Group from Setup >Administration Setup > Manage Users > Public Groups and click the “New” button. 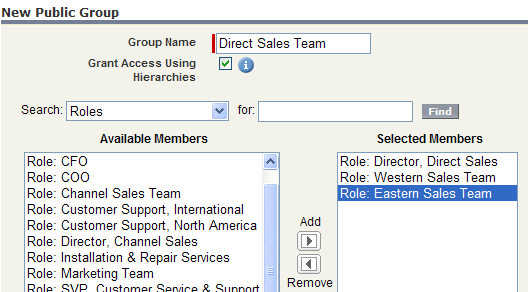 We create a group name called “Direct Sales Team,” we searched by Roles to include the Director, Direct Sales, the Western Sales Team and the Eastern Sales Team, and clicked the “Save” button. Now that we have our group we can create a Sharing rule to grant access.  Let’s say that we want to grant access to Leads for this new Group. We would go to Setup > Administration Setup > Security Controls > Sharing Settings. Under the related list of “Lead Sharing Rules” we’d click “New” and from the new window we’d set the rule as follows:

We’ve basically said anyone in that group gets to access records owned by anyone else in the group. 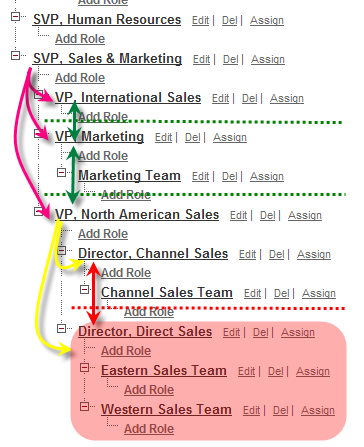 Next up, creating a Using Sharing Rules to Grant Record Access