Will moving to Lightning be your New Year’s resolution? 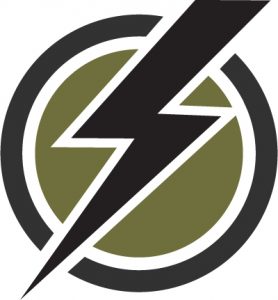 2017 is here, and for many of us, that comes with New Year’s resolutions. As a Salesforce Administrator, you could tackle a lot of things. You could do some long overdue housecleaning and go through that ever-growing folder of reports and delete the ones that never get used. You could be slightly more ambitious and do a security review and tidy up and consolidate all the user profiles and permission sets that are starting to get out of hand. Or you could go big…really big, and commit to moving your company to Salesforce Lightning in 2017.

Is it time for Lightning?

We’ve had the Lightning Experience (LEX) for over a year. It was officially announced on August 25, 2015, and there have been multiple jam-packed releases and two Dreamforce events since it’s unveiling. In retrospect, it’s come a long, long way. When we first saw it demonstrated on stage at Dreamforce in 2015 it had a lot of sizzle – as long as you stayed on the “happy path” and didn’t look too deep for features we take for granted today in Classic. The reality, however, was that unless your company used Salesforce in a very narrow sales-centric manner, Lightning “Version 1” was not ready for the masses.

From a competitive standpoint, Lightning had to happen. The Classic User Interface (UI) was looking dated, and sales and CRM upstarts like Pipedive threatened to steal away small businesses looking for a fresh and modern user experience. Against old adversaries like Microsoft Dynamics, the new pricing announced in February 2016 allowed Salesforce to revamp their feature set by edition, and finally check the box and say, “yep, all Lightning Editions have automation” (though limited in Professional Edition).

Let’s fast forward a year and take a look back in the rearview mirror. We’re up to the Winter 17 release and the writing is on the wall – Classic is dead! The product team at Salesforce is “all in” on Lighting and each release has made huge strides at chipping away at the functionality gap to Classic. If you haven’t noticed, compared to Lightning, you’re not seeing much innovation with Classic. In fact, many new features such as Lightning Voice, Predictive Lead Scoring, Sales Path, and Kanban views are only available in the Lightning UI.

A Change in Sentiment

One of the big takeaways for me at Dreamforce this year was that the tide had finally turned–especially for attendees of the annual Salesforce conference.

I was again fortunate enough to speak this year and one of my sessions “Effective End User Training for the Lightning Experience” ran both early and late in the week. In each session, I asked the attendees the following question: “When will your company be on Lightning?” along with these options:

(B) Plan to be in six months

Dreamforce this year also brought the concept of intelligence to your CRM. Einstein promises to make your Salesforce data more relevant and actionable to users. Some intelligence features already existed in the product and were simply rebranded as Einstein. Others were the result of the multi-year shopping spree of acquisitions by Salesforce. Who wouldn’t want their CRM working harder and smarter? Just don’t forget you’ll need Lightning to get all the benefits of Einstein.

What does this mean to you? Remember that part of the value of your Salesforce licenses comes from the new functionality that Salesforce delivers three times a year. Companies on the Lightning UI will be the ones receiving the most benefit, and those still on Classic will be left on the sideline reading the release notes with envy. Salesforce is pushing us forward as an ecosystem – from Trailhead Lightning Experience Specialist Superbadges to AppExchange Lightning Ready Apps.

The question is no longer do I switch to Lightning, but when?

Will this be the year you make the jump to Lightning?

For small businesses on Professional Edition with one or two functional groups, making the move to Lightning may take less than a month. For larger, more complex organizations that have a lot of technical debt to address, it could be a multi-year journey. Rest assured it will take planning, a lot of internal communication, configuration updates, potentially refactoring old code, evaluating AppExchange solutions, testing, and end-user training.

Want to learn more about what’s involved with migrating to Lighting? Grab a copy of our new eBook.

Time is running out for Salesforce Classic. Will you celebrate the New Year by migrating to Lightning?