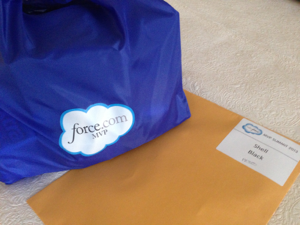 As I’m typing away on a plane heading home to Dallas, I wanted to take a moment and reflect on our day of “Salesforce Goodness” – the first MVP Summit. A few of my co-MVPs are already putting out some great recaps,  so I’ll to take a bit of a different angle.

Arrival started with a bag of MVP goodies, which set the tone for a day of feeling like Salesforce rock star.

The morning started early with a 7am breakfast. MVPs were immediately catching up, having traveled in from all over the globe (including Canada, England and Australia). 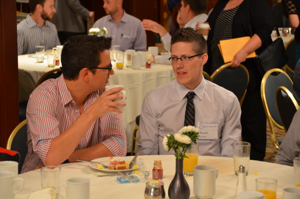 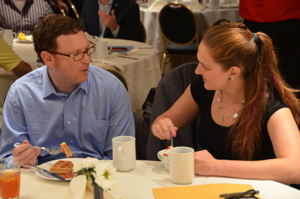 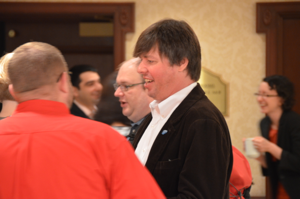 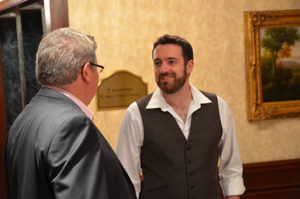 When the meeting started, Matt Brown took control of logistics and kept everyone on task and on time for the day. 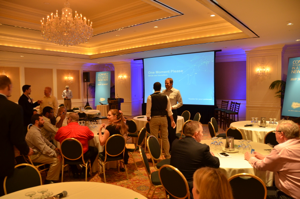 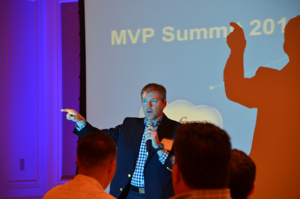 Peter Coffee, VP and Head of Platform Research, kicked things off with a high-energy machine gun blast presentation packed full of data and insightful information. His comments pulled from the past and looked towards the future. That set the tone for the conference – hold on tight!

Soon the meeting felt like we were in a C-level executive briefing. Parker Harris, Co-founder, set the tone for the meetings and immediately dissolved the barrier between attendees and presenters. He introduced many VPs and Product Managers throughout the day and fielded and facilitated questions along with Peter Coffee. 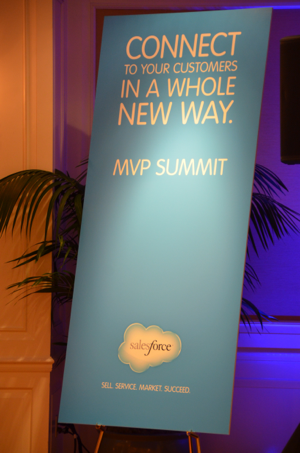 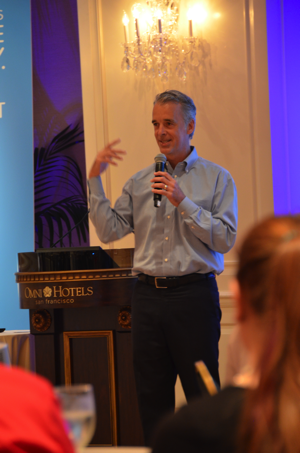 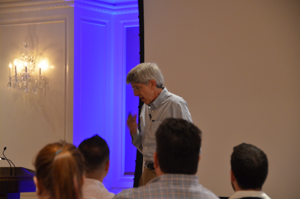 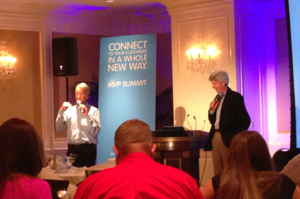 I can’t tell you what we learned (we’re under NDAs), but I’ll give you some sound bites without any context, or who said it to protect the innocent. If I got the exact quote wrong, please excuse me.

At 10:30am I was escorted out of the building and a few blocks away to where Salesforce Marketing was filming a video about the community for Dreamforce. I don’t know if any of my comments will make it past the cutting room floor, but I was honored to be able to be filmed (and it was fun!). 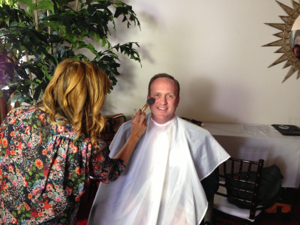 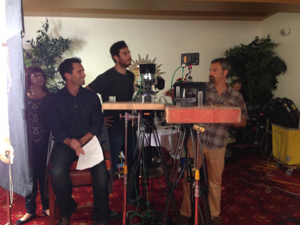 As we broke for lunch we had a guest appearance from Saasy (@TooSaaSy). That got the MVPs dancing and people grabbing party pics. 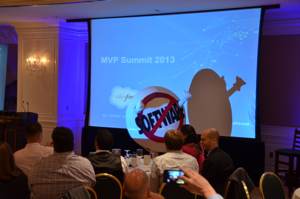 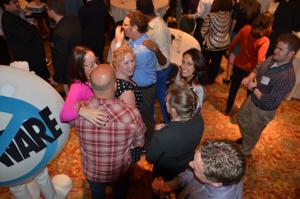 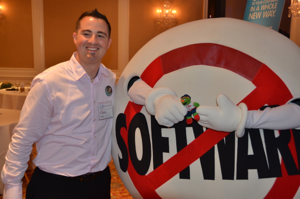 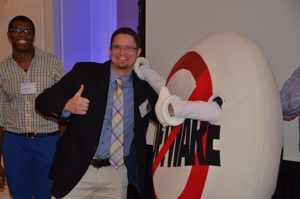 There were so many great speakers and presentations. Some of my favorites were from Dan Darcy’s UX (User Experience) Team and listening to Shawna Wolverton (Senior Director, Platform Product Management) tell it like it is. 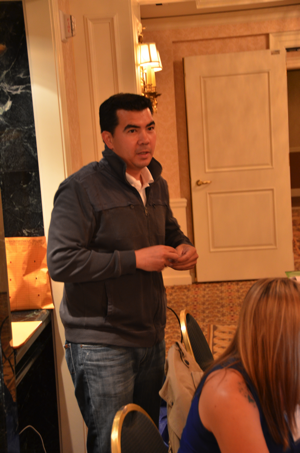 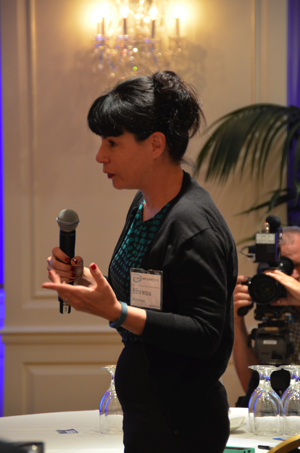 Someone that had not hit my radar before was Steve Tamm, CTO. I didn’t know who he was when he took the microphone, but he immediately got my respect when he fielded a lot of tough questions from the MVPs and gave honest and frank responses. I caught up with him at the cocktail reception afterwards and found him an incredibly approachable individual, and very much in touch. 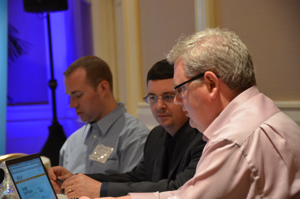 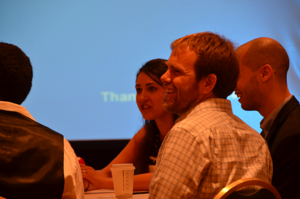 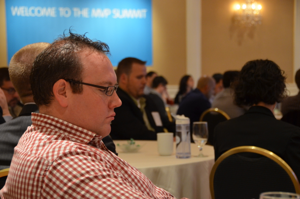 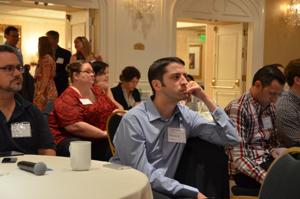 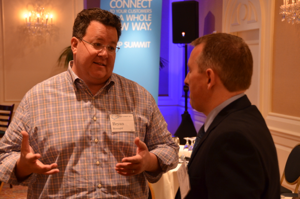 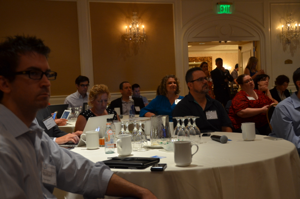 At dinner that evening I was able to grab some face time with Todd Enders (Senior Director of Product Marketing), Shawna Wolverton, and Shannon Hale (Senior Product Manager, Declarative Applications). Shannon is such a sweetheart. I can see why she is so popular with the MVPs! 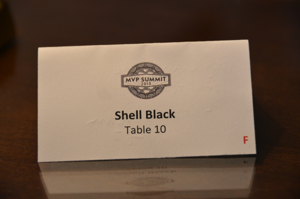 I was incredibly impressed with how open and genuine everyone at Salesforce was to the MVPs. It was downright flattering that so many key people made themselves available to us for an entire day – listening, presenting, answering our questions, and keeping us entertained.

To give credit where credit is due, Erica Khul and Matt Brown have done a phenomenal job getting Salesforce to see the value of the community and “bring the program forward.” Not surprising and well deserved, Erica Kuhl received a standing ovation from the MVPs. 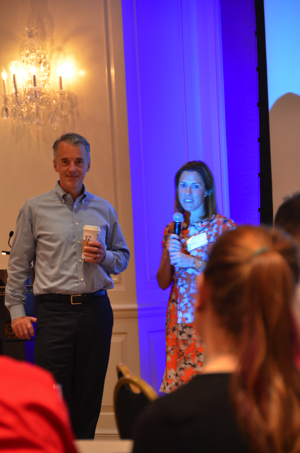 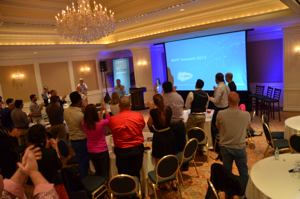 As incredibly valuable as it was to hear about Salesforce.com’s product roadmap and all the great things we can look forward to in the future, perhaps the thing I enjoyed the most was being able to mingle and socialize with my fellow MVPs. I’ve been with the program for less than a year, but I feel very connected to many of them. I made it a point not to be a wallflower, but to sit and interact with as many people as I could during my trip to San Francisco. I appreciate everyone letting the “new guy” participate in the conversations! 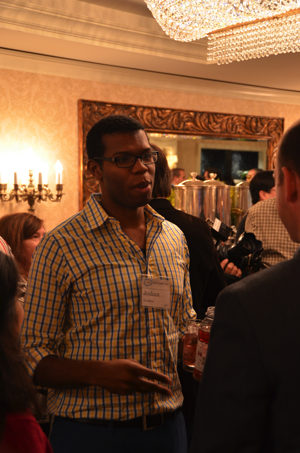 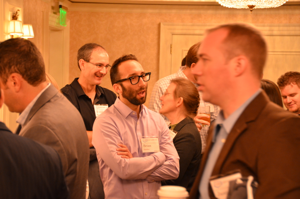